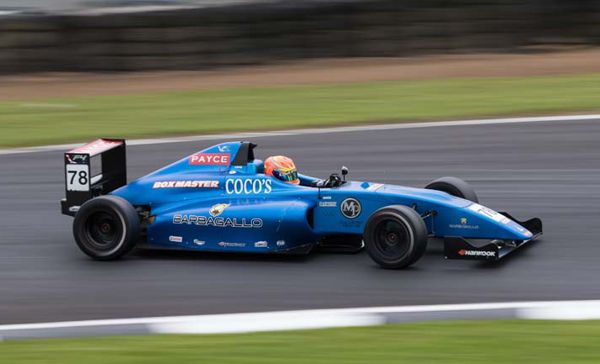 For the first time in its four-season history, the CAMS PAYCE Australian Formula 4 Championship will race on New Zealand soil at Pukekohe this weekend.

Supporting the ITM Auckland SuperSprint round of the Virgin Australia Supercars Championship, it is an exciting conclusion to a thrilling season for some of Australia’s best junior drivers.

Championship honours remain open with three races and a maximum of 75 points up for grabs, with AGI Sport’s Jayden Ojeda in the box seat to claim his first Australian Championship. Ojeda is 51 points clear of teammate Ryan Suhle.

“We’ll go to New Zealand with a bit of a lead, but it’s certainly not all over yet. We still have to perform and put our best foot forward to come away with the title at the end of it,” Ojeda said.

The battle for runner-up honours is closer, with Suhle 25 points clear of Team BRM’s Aaron Love.