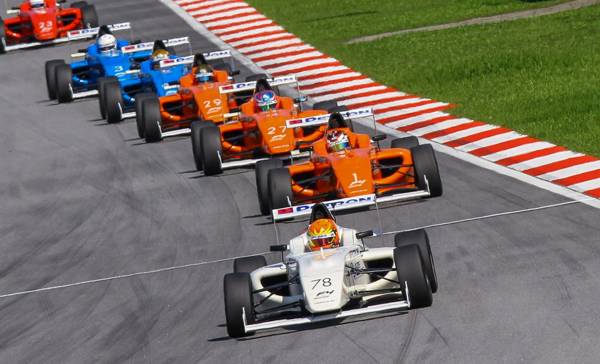 Cutting his teeth in karting, his graduation to Formula 4 Australia in 2017 gave Aaron his first true taste of life in the cockpit of an open-wheel racecar. The Perth-native joined F4 SEA for a single event in February and explained the difference between both F4 series:

“F4 Australia and F4 SEA are very similar apart from the sound of the engine. The main difference is we have a 1600cc turbo-charged engine in F4 Australia and we only get two practice sessions, one qualifying and three races on one set of tires, while F4 SEA has three practice sessions, one qualifying and six races on two sets of rubbers. The layout of Asian circuits compared to the ones in Australia are somewhat similar, but the tyre degradation is faster here (in Sepang).” Read more